What I learned in Marrakesh about business and negotiations. 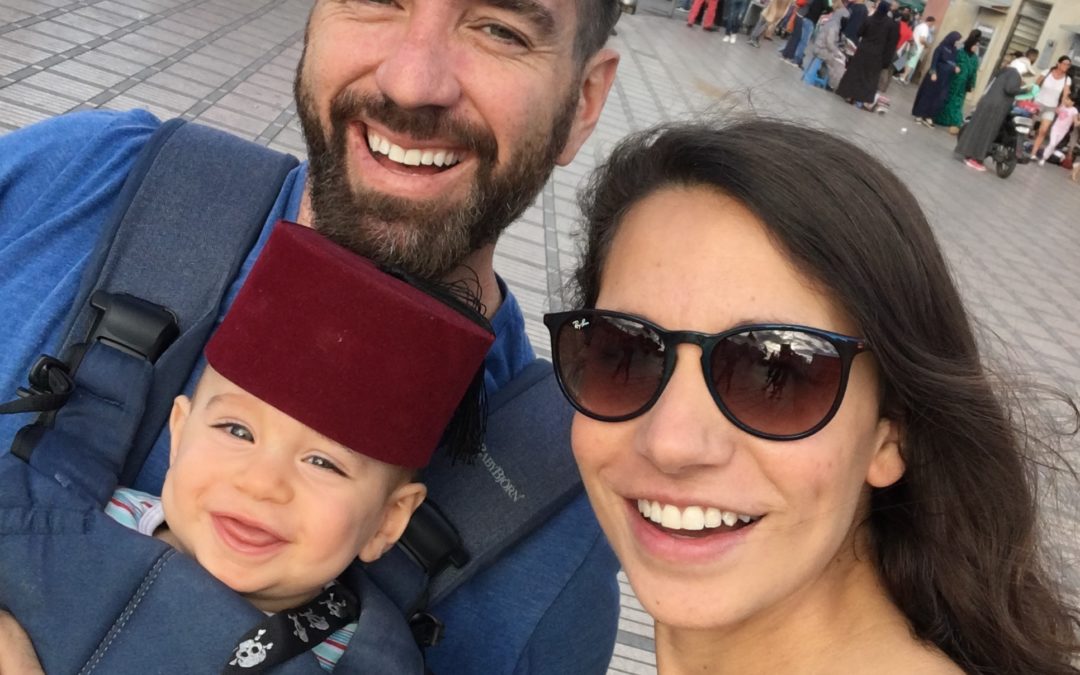 I recently took a trip with the family to Marrakesh for a wedding and I definitely learned some important life lessons.

First off, we have it really lucky.

I’m not saying Marrakesh is some remote region where people didn’t have anything. On the contrary, it was as if they possessed exactly what they needed.

Most people had a form of transportation, electricity, and a home.

They also had a smile on their face. Much more of a smile than the classic resting bitch face that was so commonly seen in New York and Philly when I resided there.

They also had readily available internet which made it easy to work on Upwork and help me pay the bills that I was racking up from the trip.

Which, compared to California or Western Europe seemed like a bargain. But was it? I definitely spent more than I initially anticipated. And that’s because these people know how to do business.

From what I experienced, most of these people are entrepreneurs in a sense because they rely on the business they carve out for themselves. Granted I wasn’t hanging out in a lot of corporate offices, so I’m sure there are people that work for big companies, but on a street level, it seemed like most embraced the hustle.

And that’s what a lot of what I experienced was.

Fortunately, I respect that. And as someone that negotiates a lot, I wanted to test my skills.

So I decided to spend a bunch of time in the Souk, which is the big marketplace in the middle of the city.

And let me tell you, each one of these people were trained in the art of negotiation.

These people knew exactly what they were doing.

Here is a list of what they were really good at. And let’s make this “the good”.

So here’s “the good”

1. They came off as friendly and likable. Like I mentioned above, most people had a wide smile on their face. They were warm and welcoming. They wanted to know where you were from and they made time for talking about personal things as a way to build rapport. This initial invitation or introduction phase was initiated by their friendly face. Most of the time, our attention was diverted towards the person more than the goods they were selling. If there was someone that looked angry or uninterested in us there was little to no chance we’d be influenced by their invitation to set foot inside. Lesson one: be friendly and likable. On Upwork if you don’t come off as someone likable and friendly, there is little chance someone will want to click on your profile and step inside your shop. Which brings me to point #2

2. Keep a clean shop. Your profile IS your shop within the Upwork Marketplace. You should have ALL of your services neatly listed so people know what the hell you’re trying to offer. The people with cluttered marketplaces with a ton of shit all strewn about made it difficult to find what that shopkeeper specialized in. If anything, all that shop did was give me ideas of what to buy. And then I took that idea and found a shop that specialized in that particular item. For me, that special product is building automation funnels. Often, people are finding my shop on Upwork after purchasing inferior products from different shops, where they thought they were getting a bargain. It turns out the poor quality or bad experience made them salivate for someone that could satiate their needs.

3. Both parties should leave happy

When things worked out. It was a great experience. I felt like I made a friend and there was a mutual feeling of both winning. This is exactly how your business transactions should feel.

While I appreciated a lot of the tactics shopkeepers used to make a sale, there were a lot of unnecessary and exhausting actions that were repeated that seemed horrible to me.

1. The haggling. For anyone that’s been here, they know what I’m talking about… Now, as I mentioned, I enjoy a good negotiation (haggle), but each time I entered into one of these conversations, it felt like I was going to war. Maybe it’s because I wasn’t going to leave this conversation feeling like I’ve been had.

I also wanted to feel like I won. The reason I felt this way is because they started this shit and I hated feeling like I was being taken advantage of. Nobody likes that feeling.

For anything that I liked, the shopkeeper would say some ridiculous number. A number that in no way was anywhere near the fair price for the product being sold. Automatically, this put me in a defensive state and I came back at them with my own ridiculous number. Here was the way I typically haggled. I’ll use a real example of a leather coat that I got. I call it the 10% rule.

This rule requires you to keep a straight face and be willing to walk away. Which, may be part of the formula in some instances. It also requires you to have a price in mind that you’re willing to pay. After all, YOU have all the power, because of the freedom to walk away.
Side note, you should never want something so bad that you’re willing to break your roles or your gut. Sometimes that’s easier said than done, I know. But anyway, the shopkeeper originally told me 1400 (which is like $140). I would tell him 140 ($14).

The look on their face is always the same. “This is not a serious offer!”. “Yes, it is” I would look at them into their eyes like I could see the back of their brain.

The goal here is obviously not to get them to say yes. The goal is to set a mark and let them know that I’m not fucking around. After all, he set a mark, so you need to set a mark.

Both marks are ridiculous, but you need a position from where you move up from.

If you go too high, you can NEVER go back down. Even if you go half, you’ll most likely settle at 75% of the original asking price, which is still too high in my opinion. Once they know you’re seriously considering purchasing the item, they’ll take roughly 20-25% off very quickly. You should do the same. The nice thing about your number is that 20-25% of a number that is 10% of the original price is much smaller. But still, the logic holds up. You’re both moving the same percentage.

So then they’ll go lower and lower. Keep repeating that until you meet somewhere in the middle of the original price and your original offer. Like I mentioned, at some point, you may have to just say that it’s not worth it and start to walk away. At this point, they’ll follow you out of the store and offer what seemed like a ridiculous percentage off from their original asking price.

Don’t worry about these guys taking a loss.

They’re not going to sell something that doesn’t make them any money, so there’s always a bottom. I was able to grab this for 700 (70$), which was exactly what I wanted to pay. Sounds exhausting right? It was. It was completely unnecessary.

Like I mentioned before, the shopkeeper definitely made money off of me and he could have just done this from the beginning instead of screwing around. As a shopkeeper on Upwork, you don’t have the time or the energy for this. You need to just set a price and be confident about it. Or just say no. You have to be happy with the price you’re getting for your time, or you’ll start to resent the project. And that’s not good for anyone. Have a strategy and a record that shows why your pricing is what it is. I can’t tell you how many times I’ve avoided negotiating a price for projects by having this in place. If you’re confident in your value, the client will not try and negotiate too hard.

I’m not saying you can never hook someone up, but it has to be for a good reason. If your price comes off as wishy-washy, you’ll lose power and be forced to bend more.

2. The desperation. Like I mentioned, a lot of times, these shopkeepers followed me out of the store to try and make the sale. It looks desperate and it makes me want to negotiate down even more because I know they need me more than I need them. That’s definitely not where you want to be.

Upwork is an ABUNDANT marketplace. This means that there are unlimited amounts of opportunities so you should NEVER get too hung up on any potential client. Don’t ever follow them out of your shop. If they want you, they can come back in and start shopping. Until then, you must concentrate on the other shoppers entering your shop.

They have a much better chance of closing a fast deal vs dealing with the tire kicker that you already invested ample time with. Let them walk.

Just like on Upwork, your record should speak for itself. People try and sell so hard right off the bat that they don’t allow the customer to walk through the shop and select what they feel is the best product.

At this point, I very rarely try to sell myself. And that’s probably my best sales tactic. I give potential clients some time for them to get to know me, plus they get to see my profile and track record. I let them value me however they want and if there’s a match, there’s a match.

I’m never going to spout BS and over promise anything.

So there you have it.

Like I said, I appreciate the hustle, but in my opinion, they could dial it back a little. Start off with a fair price and let your products do the talking. If a client sees the value, they will want your product. That is all.

← Is the gig economy dead?The more you know →