It’s better with cheddar! Getting clients to say yes and creating your own freelance funnel 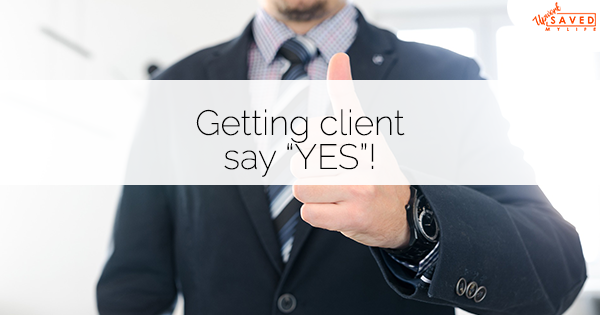 It’s better with cheddar! Getting them to say yes and creating your own funnel.

One of my biggest talents is getting someone to say “yes” to me. I think in my heart I’m a pretty good salesman. But there’s a caveat. I can only sell things I’m passionate about and believe in.

The rest of it comes off like ass, and I can’t close a barn door. But I believe in myself, my talents, and my system. Luckily, my track record and reviews speak for my talents and myself.

What I do need to sell them on is a commitment. And for this, I set up a system for myself that works like a charm. If it doesn’t work, I don’t force it, and I don’t really work with that client because they aren’t my perfect fit and will most likely be annoying to work with.

So what do I do? I set up a funnel for myself.

The first thing I do is get them to commit to 2-3 hours for a review and a mind map.

I will never write a proposal for someone. Even if they want one. Not a fucking chance. This is the biggest waste of time in the world. All this does is allow the potential client to copy and paste it to another freelancer with similar talents.

These dudes spend all this time writing up these 50,000 (Fifty Thousand) word proposals trying to list off everything under the Sun they want to achieve. They put this on fancy letterhead and make it look so detailed and then create a timeline of what they’re gonna do. Bullshit.

Development should, and will not ever work like this because of the simple fact that shit changes, and it SHOULD CHANGE. Adhering to a battle plan that is failed is the dumbest thing in the world.

Imagine a general about to go to battle and realizing his enemies have adopted a new plan and his first original plan has no chance of withstanding the enemy’s advancement. Does a good general say “trust the plan!” don’t worry about their new plan? No! Of course not, he’d be dead.

So often these development teams get so into their original scope of work that any change causes an emotional tirade. The reason they don’t want to change it up is because their pay structure depends on milestones tied into the failed plan. In this structure, it is completely counter-productive for the freelancer or development team to adapt and change strategies.

What usually happens is the client sees the changes and wants changes to happen. Then he deals with resistance from the freelancer and eventually the entire project cascades into a worthless pile of half-baked bullshit that does nothing but waste everyone’s time.

It’s about the small commitments and low hanging fruit.

So it’s always something small at first, regardless of how grandiose the client’s project is. From the 2-3 hour mind map, which is easy for them to agree to, they are given a tangible product that they can use with me or someone else.

Usually they use me. Sometimes they don’t. Who cares though, I got compensated for my time and the client is happy. Victory. From the mind map, I look for what’s called the “Minimum Viable Funnel”. I think I coined that myself, but I’m thinking some of my internet marketing friends have already ripped it off. So what is the “Minimum Viable Funnel?”

Basically it’s the low hanging fruit I can create for the client that will take about 15 hours to complete.

This is usually an opt-in / landing page tied in with a CRM autoresponder series that is used to test a product or offering.

The reason why these are so important is that you can test it to cold traffic or with the client’s current list.

From there, I usually look to drop the hammer now that the trust level is high and we’ve been able to prove a concept on a small level. This is usually a bigger build which consists of roughly 50 hours.

So instead of wasting time with a proposal on a huge product, I’ve already worked and gotten paid by the client for about 20 hours worth of time. Which do you think is better?

← Why you should NEVER go off the clockWebinars →